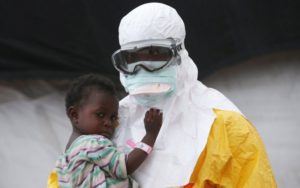 British charity ‘Street Child’ on Monday said thousands of Ebola orphans and teenage mothers in charge of households in Sierra Leone are struggling to feed themselves and their families amid widespread food shortages in the country.

The Ebola epidemic left more than 12,000 children orphaned while at least 18,000 teenage girls became pregnant during the outbreak, according to the U.N. Population Fund (UNFPA).

Out of that numbers, at least 1,400 children orphaned by the epidemic urgently need support in the West African nation, Street Child said

“Teenage orphans have taken on the burden of looking after their young siblings and are struggling to cope,” the NGO’s chief executive officer Tom Dannatt said in a statement.

“Several have dropped out of school, sacrificing their own future to try and make sure that their brothers and sisters can stay in education,” he said.

“Sadly, running a business and a household is proving too tough for many of them,” Dannatt added.

The World Food Program (WFP) and Food and Agriculture Organization (FAO) last month said some 3.5 million people – more than half of Sierra Leone’s population of six million – do not have enough safe and nutritious food to eat.

Food shortages in most of the country are caused by problems that predate the Ebola outbreak, UN agencies said.

Sierra Leone’s economy is expected to grow by 4.3 percent this year according to the International Monetary Fund.