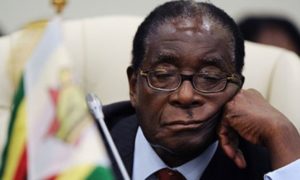 Zimbabwe’s government on Wednesday released pay dates for civil servants in the southern African nation, with a large section of workers to be paid in 2017.

According to a report published by the state owned Herald newspaper, the Zimbabwe Republic Police, the army, prisons service members, air force and nurses are scheduled to receive their salaries four days before Christmas. Teachers will receive theirs three days after Christmas on December 28.

The rest of the civil service will be paid on January 3 while retirees are to expect their pensions on January 6.

‘‘We have managed to bring most of the workers to December 21 and we know most of them wanted to be paid before Christmas but this is the best the employer could do considering revenue challenges being faced,” Minister of Public Service, Labor and Social Welfare, Prisca Mupfumira, was quoted as saying.

The cash-strapped government needs to raise over $500 million to pay its bloated work force with treasury officials admitting that more than 80% of its budget goes to salaries.

President Mugabe has recently assured the civil servants that despite the low revenue inflows, the Government would still pay its workers the 13th check as per tradition.