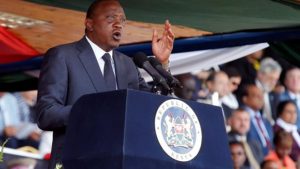 Kenya’s statistics office this weekend said the economic growth of the East-African biggest economy has slowed to 5.7% in the third quarter of 2016, compared to six percent posted in the same quarter in 2015.

According to the quarterly report released by the National Bureau of Statistics (KNBS), the conomic growth was well spread, although most of the sectors of the economy recorded slowed growth.

The third quarter performance is the lowest this year after the first quarter recorded 5.9 per cent growth and 6.2 per cent for the second quarter.

The statistics office said the current account deficit shrank 10.4 per cent to 100.6 billion shillings ($983.86 million) during the quarter.