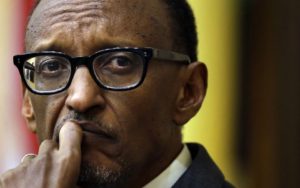 Rwanda is one of the fastest growing economies in Central Africa. Its economy is driven by construction, services, agriculture and manufacturing.

President Kagame has, in his New Year address to the nation, described the state of the nation as strong and challenged leaders and citizens to reject complacency and work to sustain the country’s achievements.

Quoting the United Nations’ Human Development Index, the President reminded citizens that Rwanda has been among the fastest-growing countries in the world over the last few years.

With the government working to achieve the target of making Rwanda a middle-income country by 2020, Kagame encouraged Rwandans to keep working towards self-reliance.

“Growth projections for the year remain at 6 per cent which is one of the highest in sub-Saharan Africa. We expect growth to be driven by services activity with somewhat lower growth in agriculture due to the recent drought and lower growth in industrial and construction activities following the end of several large projects,” Laure Redifer, the IMF team leader, said in a recent interview with The New Times.