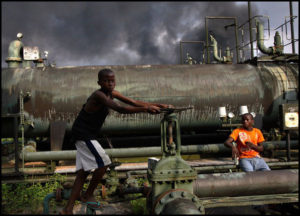 A total 224 firms submitted bids for the contract to purchase and lift Nigerian crude oil grades for the 2016/2017 season, the corporation General Manager, Maikanti Baru said.

He said the decision to announce the winners reflected NNPC’s commitment to transparency. “We’ll ensure transparency and fairness in the process,” Baru said in a statement.

China’s Sinopec and India’s Indian Oil Corp were among the winners, as were international firms including the trading arms of BP and Total and trading houses Litasco and Glencore.

However, some notable companies which featured in the contracts for 2016 and 2015 like Shell, Eni, ExxonMobil, Taleveras, Aiteo, Mercuria and Refiner Saras were not selected.