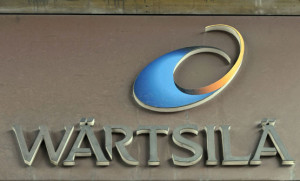 The Islamic republic of Mauritania ambitions to be self sufficient in terms of energy demands has taking another giant stride after the country awarded the construction of a thermal power plant with a capacity of 120megawatts to a French company. However, criticisms followed as soon as the announcement was made.
The government awarded the thermal project to Wartsila, a French company, which came as a surprise to many because the company specializes on the repair of machinery and mechanical equipment, therefore raising eyebrow over its capabilities to run such a facility. Questions also emerged over its financial potential because critics claim that they don’t have enough means to assure the upkeep of a thermal producing plant of 120 MW. Mauritania’s thermal project is reported to be worth 150million Euros and Wartsila reported only 199 million Euros as capital last year, 2011, critics queried.
According to Moussa Fall, one of the pioneers of the Coordination of the Democratic Opposition (COD), the thermal project with its huge financial expenses is a waste of sate resources because such projects are less needed by the society. He urged for projects of similar nature do not satisfy an economic need and provide little income for the state. He criticized the government of exaggeration because according to projections, the capital’s energy needs will not surpass 158 MW in 2016 wherein investments made by the government to provide energy in the capital will be at 321 MW in the same year.
CMEC and TSK were the two other bidders who lost to Wartsila. Wartsila is a company that is interested in lifecycle power solutions for the marine and energy markets with emphasis being laid on technological innovation and total efficiency.