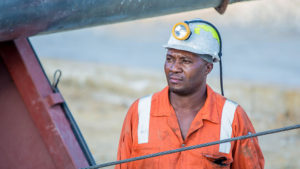 Tanzanian government on Monday unveiled a power system master plan that requires $46.2 billion in investment over the next 20 years to revamp its ailing energy sector by 2040.

According to the East-African nation’s energy ministry, 70 percent of the needed amount would be financed by debt and the rest by the government’s own resources.

“The financing requirement to implement the Power System Master Plan (PSMP 2016 – 2040) is about $46.2 billion for capital cost,” the updated plan said.

“The cost includes investment on generation, transmission and sub-stations. Generation accounts for almost 80 percent of the total investment cost.”

As drought continues to cripple its hydropower plants, Tanzania is struggling to produce enough electricity – and is moving toward using more fossil fuels to make up the shortfall.

Hydropower plants normally produce about 35 percent of Tanzania’s electricity needs, with gas and oil plants making up most of the difference.

While Tanzania has significant untapped renewable energy potential from sources such as geothermal, solar and wind, the government has mostly failed to tap this potential as an alternative to hydropower.

About 36 percent of Tanzanians have access to electricity, and only 7 percent of those are in rural areas, according to the ministry. It said demand for electricity is growing between 10 and 15 percent a year.