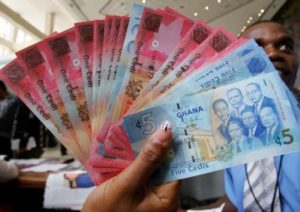 Issahaku, 55, is leaving the post for “personal reasons,” the presidency said in a statement.

He tendered his resignation following a year in the job and three months after President John Dramani Mahama, who had appointed him, lost power.

The Minister of Monitoring and Evaluation Anthony Akoto Osei said he is confident Addison’s former stint with the Central Bank should reflect in his inefficiencies as Governor.

Ernest Addison, a lead economist at the African Development Bank in Johannesburg, was director of research at the central bank of Ghana from 2003 until 2011.

He also holds a PhD in Economics from McGill University, Canada.