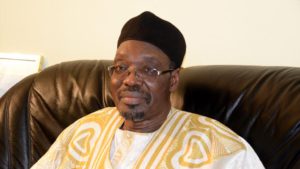 The Cameroonian government on Thursday restored internet services to the country’s Anglophone regions after over 90 days shutdown and international campaigns.
The government suspended services for Southwest and Northwest province after a series of protests that resulted in violence and the arrest of community leaders in late 2016 and earlier this year.
Hours before the restoration on Thursday, the Communication Minister, Issa Tchiroma Bakary in a statement urged ‘‘the populations of these regions to be vigilant (and) to continue to nip in the bud the activities of extremists, secessionists and enemies of the Republic.”
In his words, “the conditions that preceded the suspension of the internet to that part of the national territory have much changed.”
According to ‘Internet without Borders’ the shutdown has cost businesses in the affected areas an estimated amount of $723,000.
A bilingual country since independence, Cameroon’s government and institutions are dominated by the French-speaking majority.
Residents of the central African nation’s two English-speaking provinces have longstanding grievances against the largely-francophone central government, complaining of economic marginalization and the imposition of French legal and education systems upon them.
Note that the Anglophone regions account for just 20% of the Cameroon’s 23 million population.