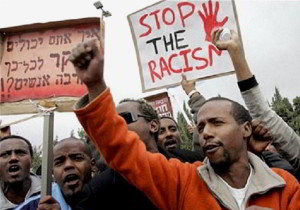 The latest accusation against Israel was expressed on Monday by six Haifa-based Human rights groups which asked the health ministry to clarify how and why contraceptive drugs have been forcefully administered to Ethiopian women.

According to Hedva Eyal, a project coordinator at a women’s rights research group, these women have been targeted in order to curb birth rate amongst poor black immigrants. She confirmed that a study she had supervised showed that more than half of the country’s Depo-Provera contraceptive had been injected to women from this origin although they only constitute 2 per cent of the population. Another report by Israel Educational Television even implied that when Ethiopians were being prepared to be brought to Israel they were pressured into taking the contraceptive although they knew nothing about the side effects. That is why the drug was used as a weapon in this «unspoken policy” of Israel to control the number of births in this new incoming community. The only response the Health Ministry gave was to tell gynecologists “not to renew prescriptions for Depo-Provera” if women do not understand the side effects. Up till now no document was released on how long this discriminating act has been going on or on how many Ethiopian women it has been done. These allegations of racism also concern the 60,000 African migrants that seek refugee status in Israel. Just a few weeks ago many were attacked by Israelis that consider them as a “cancer in our body”.