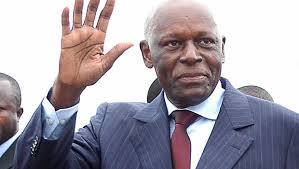 The opposition in Angola on Wednesday called for an official communication on the health status of President Jose Eduardo dos Santos’s to quash death rumors in the oil-rich nation.
The 74-year-old Dos Santos, Africa’s second-longest serving ruler, travelled to Barcelona for a private visit on May 1, Angola’s state-owned news agency Angop reported. Since then, there is no official communication about the president.
His daughter Isabel said on her Instagram account that reports that her father had died were fake and aimed at causing turmoil in Angolan politics.
“Someone has gone so low as to invent information about the death of a man in order to create confusion and turmoil in Angolan politics,” she wrote on her Instagram account.
“We are all concerned about the lack of official information on the health of the president,” a senior opposition leader, Rafael Savimbi, told AFP.
Dos Santos, in power since 1979, has said he would not run as the ruling party’s candidate in elections this year.
His reign has seen the end of civil war and an investment boom, but has also been criticized as secretive and corrupt with Angola’s citizens suffering grim poverty.
The ruling MPLA party, which is widely expected to win next year’s election, has appointed João Lourenço, defense minister, as its candidate to succeed the president