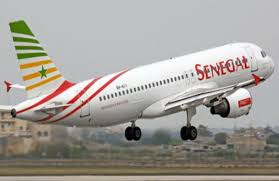 After the bankruptcy of Senegal Air Lines, a new company, Air Senegal SA, will start operations later this year, officials said on Monday.

Air Senegal SA will launch its activities on December 7 at the opening of Blaise Diagne international airport.

“Our national airline is going to be the first that will roll on the runway of our new airport,” the minister of transport and tourism, Maimouna Ndoye Seck told local media RFM.

The company, which already has three planes, will acquire two other ones. This means that Air Senegal SA will start with a fleet of five planes. The new company has an initial capital of 40 billion CFA francs (60 million dollars).

The Senegalese government expects an increase of this capital with the arrival of new investors. These will enable the company to meet its expansion ambitions, it said.

Initially planned to open in December 2015, the launch of Senegal’s Blaise Diagne International Airport (AIBD) is now scheduled for Q4 2017.
With the launch of Air Senegal S.A, the Senegalese government aims to make of Dakar a regional air hub with economic spin-offs that promote the creation of jobs and wealth.