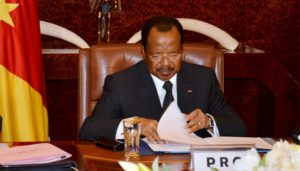 The International Monetary Fund executive board on Monday approved a $666 million, three-year extended credit facility for Cameroon to support economic and financial reforms in the Central African nation.

The board’s decision allows for the immediate disbursement of $171 million as part of a program aimed at restoring fiscal and external sustainability and unlocking private sector-driven growth.

In addition to the decline in world crude oil prices, which has significant effects on the public finances of the six CEMAC countries, Cameroon has been engaged for nearly three years in an onerous war against the Nigerian Islamic sect Boko Haram in the Far north region of the country.

At the end of 2020, the Cameroonian public debt will reach 33% of GDP, based on the projections of Standard & Poor’s (S&P), the American rating agency.

According to S&P, this forecast is equivalent to an increase of 7% over the 2016-2020 period, since the country’s public debt, officially estimated at FCfa 4,725 billion at end of December 2016, only represented then 26.3% of Cameroon’s GDP.