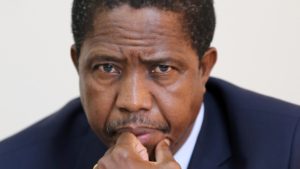 The Finance Minister’s statement comes weeks after the International Monetary Fund announced the possibility of granting Zambia a credit facility of $ 1.3 billion over three years to help it close its budget deficit estimated at around 7 percent.

The IMF loan would be also a “growth enabler” and help the government to broaden its sources of external credit, officials said.

Zambia’s external debt has increased to $6.9 billion while the total debt stock stands at about $10 billion, according to the government.

A power crisis worsened the situation as government paid hundreds of millions of dollars for electricity imports, while economic growth fell to the lowest since 1998.