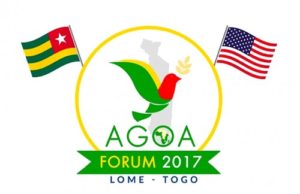 According to the Togolese government’s website, the 3-day event will explore how countries can continue to “maximize the benefits of AGOA in a rapidly changing economic landscape, and highlight the important role played by women, civil society, and the private sector in promoting trade and generating prosperity.”

The forum also features a closed-door ministerial session, which will discuss the future of AGOA in light of the new US administration and its foreign policy.

Since its introduction, total AGOA imports, including GSP (Generalized System of Preferences), have increased by 13% to $9.4 billion in 2016. Non-oil AGOA surged by more than 300 percent to $4.2 billion in 2016 from $1.3 billion in 2001. The growth of these non-oil sectors has created some 300,000 direct jobs in Africa, According to US ambassador to Togo, David Glimour.