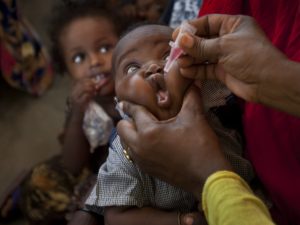 Africa’s population is expected to reach 4.5 billion in 2100, 40% of humanity, compared to 1.3 billion (17% of the world’s population) in 2017, the UN Department of Economic and Social Affairs said in a new report, highlighting that nearly 1 billion will live in Nigeria alone.

The continent will then have almost reached Asia, whose share of the world’s population is expected to decline from 60% to 43% (4.8 billion inhabitants compared to 4.5 billion currently).

The World Population Prospects: The 2017 Revision, published by the UN Department of Economic and Social Affairs, provides a comprehensive review of global demographic trends and prospects for the future.

According to the report, Africa continues to experience high population growth rates. Between 2017 and 2050, the populations of 26 African countries are projected to expand to at least double their current size.

Fertility rates have fallen in Africa but remain high compared with the rest of the world. Meanwhile, the number of women of reproductive age has grown enormously and is set to more than double in the next 35 years.

An estimated 1.8 billion births will take place in Africa in the next 35 years, the authors predict. By 2050, Africa will have almost 1 billion children under 18, making up nearly 40 percent of kids worldwide, UNICEF predicted