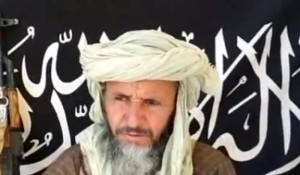 The reported killing of Abdelhamid Abou Zeid, one of the prominent commanders of Al Qaeda in the Islamic Maghreb (AQIM), in a French-led military operation against jihadists in Northern Mali, near the Algerian border, has unveiled the collusion existing between the terrorist group and the Polisario separatist Front.
According to French daily Le Figaro which reported that Abou Zeid was among 43 terrorists killed on February 23 in a raid over the Tigharghar mountainous area, 7 individuals were arrested after the attack, including a Polisario member.
Four natives of the area, an Algerian and a Mauritanian were also made prisoner, said the French daily, quoting Sedene Ag Hita, a Touareg who survived the raid while he was in the region trying to get in touch with the
MNLA (National Movement for the Liberation of Azawad).
According to this survivor, Abou Zeid and about 40 of his fellow Jihadists were killed while others were severely burnt.
The presence of a Polisario member among AQIM Jihadists is not a one time occurrence, as the participation of members of this separatist front in terrorist attacks, kidnappings and other criminal activities has been documented on many occasions. What is still in the shadow is the range of the alliance and collusion between AQIM and the front which is seeking the independence of Western Sahara.
Several research institutions, think-tanks and pundits warned years ago that the Polisario and the camps it controls in south western Algeria were an incubator of would-be terrorists and a nursery where Al-Qaeda, criminal gangs and trafficking networks could easily recruit into their ranks growing numbers of disaffected and disgruntled young men.
The warnings went almost unheeded and the Sahel-Sahara powder keg ended up exploding as evidenced by the growing unrest in North Africa and the crisis in Mali that exacerbate insecurity and threaten peace and stability in the whole region.
The international community and especially the major powers in Europe and the US have finally recognized the danger that this situation represents to regional security and France hurried to intervene in Mali to dislodge the Jihadists and release the northern parts of the West African country from the grip of Al Qaeda and its affiliated groups.
Likewise, these powers should realize that the lingering of any conflict in the region, including the Western Sahara conflict, nurtures terrorism breeding grounds and erodes security in the whole area, not to speak of the negative impact of insecurity on the whole development process of the countries in this part of the continent.
A French military official who confirmed the killing of some 40 Islamist militants without naming Abou Zeid told the media that French troops along with Chadian and Malian soldiers have destroyed logistics sites and an explosives manufacturing plant and that combats were still going on in the Adrar Mountain nearby area.
The death of Abou Zeid, considered as one of the most feared AQIM commanders, was confirmed by Algerian TV channel Ennahar, which is reportedly close to Algerian security services.
Abou Zeid, an Algerian national, was known for smuggling activities before engaging in the ranks of the Salafist Group for Preaching and Combat that will change in 2007 its name to AQIM.
As member of AQIM, Abou Zeid is believed to be heavily involved in several criminal activities, including kidnappings. He is reportedly the main architect of the abduction of some 40 Europeans in Southern Algeria and the killing in 2009 of British citizen Edwin Dyer and in 2010 of French national Michel Germaneau.
The kidnapping operations earned AQIM huge ransoms reportedly amounting to millions of dollars.