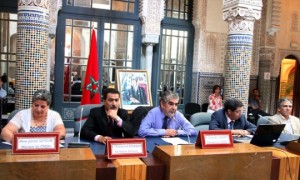 The National Human Rights Council has called in four recently released reports for some reforms in the realm of justice to ensure equity to all citizens and promote the independence of the judicial system.
The four reports expose the council’s recommendations as to the need to introduce some reforms on some legislative texts or institutions such as the military court which should rule only on cases related to military discipline, or cases where a military is allegedly involved in terrorism activities or in matters threatening State security. The reforms called for are meant to guarantee individuals’ rights to a fair trial, preserve the lawfulness of criminal proceedings, secure the independence of justice, and consequently consolidate the rule of the law in general.
King Mohammed VI lauded the approach and content of the four reports as they meet the expectations of the Moroccan people and contribute to materialize the principles of the 2011 Constitution. These reports also contribute to the national debate on democracy, the consolidation of the rule of the law, the protection of human rights and the independence of the judiciary, as fundamental values sought by Moroccan authorities at the highest level.
Morocco, long before all its Arab neighbors, has considered that the promotion of human rights and the consolidation of the rule of the law are most significant components of the social peace equation.
Aware of the stake, Morocco set up as early as 1990 a Human rights Advisory Council that will be replaced two decades later by the National Human Rights council (CNDH) whose role and tasks are stipulated by the Constitution.
Entrusted, among others, with “ensuring that the existing rules and legislation are consistent with international treaties on human rights and the international humanitarian law,” the CNDH is thus carrying on the amendments introduced on several Moroccan laws and codes at the recommendation of the previous Human Rights Advisory Council to promote and preserve citizens’ rights to freedom, justice and dignity.
The CNDH is also contributing to implementing the Constitutional human rights provisions and promoting participatory democracy and public debates on human rights through its reports, its recommendations and its supervision of the implementation of the recommendations it makes.
In two of its four latest reports, the CNDH exposes remarks on the organization and functioning of the Constitutional Court, the status of its members, as well as on what is described as one of the major innovative clauses of the Court’s procedures, which allows a party to a lawsuit to dispute the constitutionality of a law.
The third report which focused on the Military Court and examined whether the related legislation in force was conform to the provisions of the new Constitution and the country’s international commitments, recommended, among others, to narrow the prerogatives of the Military Tribunal and to outlaw the prosecution of civilians before this court.
According to the CNDH recommendations, the military court should rule, in peacetime, only on the cases related to military discipline, or to terrorism activities or to matters undermining State security involving a member of the army.  Military personnel involved in any other case should be brought before ordinary courts, exactly like other civilian litigants, the council argued.
In its fourth report, dealing with the Higher Judiciary Council, provided for in the new Constitution, the council called for speeding up the setting up of the institution that will make more effective the separation of powers and the independence of the judiciary system.
The council, which has regional commissions, works in cooperation with concerned ministerial departments and with the ombudsman and also contributes to the creation of academic and research institutes, the latest being the Centre for Saharan Studies that was inaugurated last week at the Mohammed V University in Rabat.
During a visit to Morocco in September last year, UN Special Rapporteur on torture and other cruel, inhuman or degrading treatment, Juan Mendez, had described the CNDH as “an independent and highly credible body” and had said that its reports carry great moral weight. “It can become an effective monitoring mechanism and mediator between the State and its citizens if its recommendations are implemented in good faith,” the UN official has said.