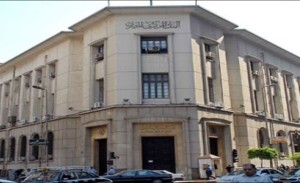 The dwindling of Egypt’s foreign reserve is forcing the state to cut down on necessary expenditures.
The foreign reserve fell by $105 million in February to $13.508 billion, according to the Central Bank of Egypt. This drop led authorities to cancel some planned oil imports. The energy bill accounts for 20% of the budget.
An oil trader was quoted as saying that “they need oil but they have no money” after the country’s state oil firm agreed to buy only some of the gasoil it had originally ordered for the second quarter and backed out of a crude oil buy tender for a total of 9 million barrels for the same period.
Although no official statement has been released regarding the decision, traders believe that limited finances might have motivated such a decision.
This is not the first time Egypt has cancelled tenders in recent times before re-issuing them when market prices fall. Another trader believes that a promise by Iraq to supply Egypt with 4million barrels of crude oil per month could have been a factor in the decision.
William Jackson of Capital Economics said “foreign exchange reserves are still extremely low and below what the central bank previously called a critical minimum level.” He claimed that that the central bank is trying to “stem the decline in reserves by tightening capital controls but this is unsustainable in the long run.”
Reserves now stand at little more than a third of the $36 billion Egypt held immediately before the popular uprising that removed President Hosni Mubarak from power in February 2011 and the currency has been in a dive situation since the auctions began. 15 billion dollars is regarded as a safe level because it can cover 3months of importation.