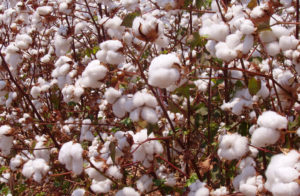 Côte d’Ivoire’s Cotton and Cashew Council on Thursday announced that the West African nation is expecting to harvest about 400,000 tons of cotton this year, an increase of 60,000 tons compared to the previous season.

According to the head of the council, the forecast is based on the good rainfall and better government support through the maintenance of the country’s production area, the distribution of fertilizers and other agricultural inputs.

The government has also increased mandated cotton price for farmers by six percent for 2016-17 seasons hoping that this increase will permit an expansion in the number of farmers and bump up the production.

Côte d’Ivoire is the fourth largest West African cotton producer, and is one of the continent’s major cotton exporters with an annual output of about 400,000 tons before the 2002 civil war that decimated the production. The country expects to harvests 600,000 tons by 2020.