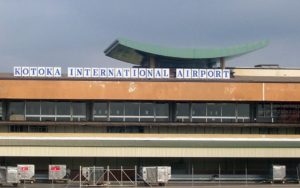 The Kotoka International Airport (KIA) in Ghana has been declared the safest airport in Africa after winning the Airports Council International (ACI) Safety Award last week in Mauritius.

The ACI Safety Awards, recognizing the achievements of airports of different sizes across Africa, were presented to those airports that had demonstrated their commitment to providing excellence in safety and compliance practices.

Ongoing projects at the Kotoka International Airport (KIA) are expected to make the country a destination of choice with a yearly target of 5 million passengers.

The country in August launched the construction of a new terminal. The project, funded by the African Development Bank (AfDB) with a $120-million facility, will improve air transport in the country. It is also expected to contribute to boosting the country’s economy, reduce the cost of doing business, and improve competitiveness.

Ghana’s aviation industry has witnessed a significant growth in the past decade due to the discovery of petroleum and gas reserves in the country, sustained domestic demand, and an increase in the tourism sector.

Between 2007 and 2014, the number of carriers operating at the Kotoka, Ghana’s sole international Airport, increased from 15 to 42.