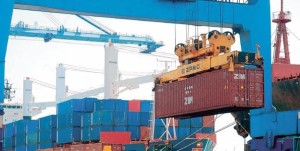 The World Bank on Wednesday said it has slashed 2017 growth forecast for Kenya’s economy to 4.9 percent due to drought, sluggish credit growth and post-election saga.

The country’s economic outlook was earlier in the year adjusted downwards to 5.5 percent from 6 percent growth owing to unfavorable weather conditions that drove up the rate of inflation.

The main Purchasing Managers’ index for manufacturing and services plunged to a new low in October due to the political uncertainty, the international lender said.

Losses from the prolonged electioneering period in Kenya has hit Sh130 billion and estimated at 1 percent of Gross Domestic Product, the East African nation Treasury said.

Kenya Revenue Authority (KRA) also said that it lost about Sh50 billion in revenue collection during the polls crisis.

According to the Ministry of Tourism, Kenya welcomed 15 percent fewer visitors in August – the month of the first presidential vote – than in July.

Figures from the National Bureau of Statistics show the country’s other major industries are suffering as well.

The Bank urged the government to boost revenue collection in order to cut its budget deficit.

President Uhuru Kenyatta was sworn in for a second five-year term last week but main opposition leader Raila Odinga has said he will hold a parallel “swearing-in” ceremony on Friday.