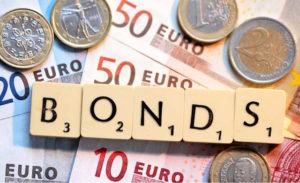 Nigeria will raise $2.5 billion through Eurobonds in the first quarter, the Debt Management Office (DMO) said on Thursday.

According to the head of the DMO, Patience Oniha, the country will also try to get back into the JP Morgan Government Bond Index (GBI-EM), with improving liquidity in the local currency market.

The African most populous nation could also look at a possible syndicated loan as an alternative, Oniha said in an interview in the capital, Abuja.

In her words, the issuance is “subject to market conditions”.

The OPEC member is recovering from a contraction of its economy in 2016, the first in a quarter century, after a decline in oil prices.

President Muhammadu Buhari submitted in December a 2018 budget based on projected oil output, including condensates, of 2.3 million barrels a day at $45 per barrel.

Buhari asked lawmakers to approve the 2018 budget with a deficit of $5.6 billion, compared to last year estimated fiscal gap.

The International Monetary Fund forecast Nigeria’s economy would expand by 0.8 percent this year as production of oil increases.

Finance Minister Kemi Adeosun said the government is focusing on improving its economy, and indexes will “naturally” return to Nigeria when they see adjustments in line with their requirements.