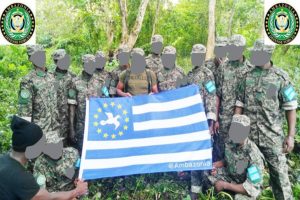 The European Union (EU) has called on authorities in Cameroon to initiate sincere and constructive dialogue as a means of finding a solution to the Anglophone crisis.

Violence has flared in the past week, with armed separatist factions clashing against Cameroon security forces in several towns and villages in the two English-speaking regions.

Cameroon’s Southwest and Northwest Regions are home to an anglophone minority that accounts for about a fifth of the country’s population. Separatists in the restive regions have taken up arms over the past months in an attempt to create a nation they call Ambazonia.

In a statement released on Wednesday, the EU tasked the government to ensure that lives do not continue to be lost as has been witnessed over the last weeks where a number of security officials and civilians have been killed in the country’s restive anglophone regions.

The EU said it remains convinced that sincere and constructive dialogue, following democratic and constitutional procedures, is ‘the only way’ of finding a lasting solution to the crisis, while preserving unity and peace for all Cameroonians.

The EU said it was also concerned about the use of force by security forces in the line of their duties.

More than 40,000 Cameroonians have fled as refugees to Nigeria to escape the government crackdown on the separatists, UNHCR said.