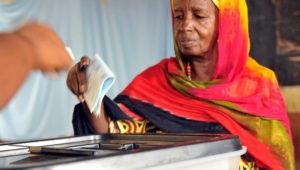 The international community and the government of Guinea have appealed for calm on Wednesday after seven people were killed, over alleged fraud during the weekend local elections.

Guineans went to polls last weekend in the first local elections since the end of the era of military dictatorship following eight years of delays.

The elections, initially scheduled for 2010, have been repeatedly delayed due to lack of funds, political infighting and the 2013–2016 Ebola crises.

The Sunday election has raised tensions in the West African country, with around five people killed in clashes in the central town of Kalink, Territorial Administration Minister Boureima Conde said on television.

The UN special representative for West Africa, Mohamed Ibn Chambas, on Wednesday deplored the violence that has cost human lives and urged all sides to use legal channels to resolve their differences.

Chambas praised the “smooth running” of the election but said he was aware of “imperfections here and there”.

Political distrust is high in Guinea, where ethnic tensions often turn deadly around election time. Alpha Conde became Guinea’s first democratically elected president in 2010, taking over a nation run by authoritarian figures since independence from France. He was re-elected for a second term in 2015.