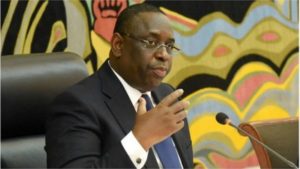 The Senegalese government will disburse about 30 billion CFA francs to promote entrepreneurship and employment of women and youth, including a better women’s access to land in the West African nation.

According to President Macky Sall, the 30 billion FCFA program will kick-off at the end of March with consultations on the basis of the gender approach, so that rural women and women in general can have access to land.

Once completed, the program called UNIFORSHE (United for her) should allow the increase of women’s contribution to the country’s economy.

Earlier this year, Senegal’s Agricultural and prospective rural initiative (IPAR) and the National Council for Rural Collaboration and Cooperation (CNCR) launched an action research project to contribute to the improvement of women’s access and control on land and their participation in decision-making institutions.

Women, who constitute 52% of the total Senegalese population, when addressing access to resources, strive for sustainable development and food security.

The Economic Community of West African States, OXFAM, and the Food & Agriculture Organization, late last year, pledged to enhance policies, with special attention to the need to close the gender gap in access to land.