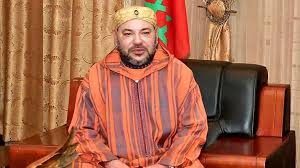 The Launch of the African Continental Free Trade Area fulfils African youths’ desire and ambition to build a strong, integrated Africa and is a critical step towards the achievement of multifaceted development in the continent, said King Mohammed VI of Morocco.

This came in a speech the Monarch addressed to the Extraordinary Summit of heads of state and government of the African Union on the Continental Free Trade Area that was signed Wednesday in Kigali by 44 African countries, including Morocco.

“This is a defining moment in history. The creation of the largest free trade area in the world, with the youngest population on the planet, is a landmark event, which attests to our shared determination to build an Africa for the future,” the Monarch stated, adding “This initiative brings in new prospects, practices and solidarity mechanisms. A continental free trade area stimulates capacities and enhances knowledge and insight. More than anything else, however, it fulfils the desire and ambition of our young people to build a strong, integrated Africa”.

Underscoring that Africa, which is on the move today, abounds in natural resources and its human potential is immense, the King said, “this initiative expands and builds on the countless measures taken by our respective countries to promote intra-African trade”.

He said he is confident that the initiative “will boost investment, stimulate economic growth, enhance continental interconnectivity and inject fresh momentum into African integration”. “This is a pragmatic step towards an integrated, prosperous Africa which is attuned to international realities”.

The King underlined that economic openness has many benefits and translates into gains for the national economy, contributing to the emergence of new value chains. Yet, he cautioned, “to impede such a dynamic, at continental level, would delay Africa’s rise and hamper its competitiveness and development”.

“Morocco believes in a kind of co-development which is based on intra-African cooperation, economic complementarity, active solidarity and the pooling of resources and efforts,” he stated further, making it clear that “these are prerequisites for any inclusive growth and for sustainable human development on the Continent. The goal, ultimately, is to transform Africa into a dynamic force and to make it a major player on the international scene for the benefit of our populations”.

“Africa is on its way to becoming a global digital laboratory. Spurred on by young people’s ingenuity, creativity and audacity, digital technology is changing the face of our Continent. We owe this digital quantum leap to young startups operating in the fields of finance, telecommunications, industry and agribusiness, to name but a few. Often, those behind this innovative process are young people from low-income segments of the population. Our young people ought, therefore, to take center stage in our public policies”.

“Today, more than ever, we need to make sure African markets are sustainably interconnected,” the Monarch said, adding that the AfCFTA is a key instrument for the promotion of this new economic development paradigm centered on innovation, diversification and exchange rooted in solidarity.

“Africa must come together with a view to achieving the ultimate goal of building a prosperous African economy based on inclusive growth and sustainable development – an economy that supports and stimulates entrepreneurship and the creation of wealth,” King Mohammed VI said.