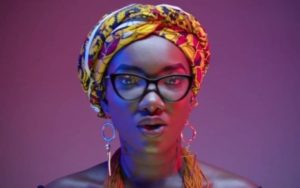 Ghana’s late dancehall musician Priscilla Opoku Kwarteng with stage name Ebony Reigns made history on Saturday by being the first female and the first artist to win the Artist of the Year award posthumously in Ghana.

Her album Bonyfield also won “Album of the Year”, and her song Sponsor won “Afro Pop song of the year”.

The artist was killed in a gory car accident on February 8. Her childhood friend and assistant, Franky Kuri, and their bodyguard did not survive the crash. She was laid to rest on March 24.

The Vodafone Ghana Music Awards, which is the biggest entertainment event in the West African nation, celebrates the works of musicians and producers who have excelled during the year under review of the awards.

Nigeria’s Davido was crowned the “African Artist of the Year”, while veteran Ghanaian musician, Naa Amanua Dodoo, was given the “Lifetime Achievement Awards” for her contribution to the music industry.

Late musician Ebony Reigns was crowned the “new artist of the year” at Ghana Music Awards 2017 in the United Kingdom.