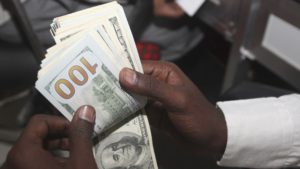 The World Bank and other development partners have revealed that the total money transfers by African migrants to their region or country of origin surged from $34 billion in 2016 to $38 billion, in 2017.

According the Word Bank’s report “Migration and Remittances: Recent Developments and Prospects”, released on April 22, Nigeria is the sub-Saharan African country that received the largest remittances from migrants in 2017.

The continent’s most populous nation received $22 billion in the past year, up 19 percent from 2016, according to the report.

It is followed by Egypt with $20 billion, while Morocco comes as third with $7.5 billion.

Remittances have now become one of the most important external sources of finance for Africa.

The amount could have been greater last year if it wasn’t more expensive to send money to Africa than anywhere else in the world, the reports notes.