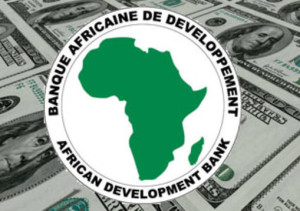 Tunisia in partnership with the US government and the African Development Bank have released a report aimed at reforming the government’s policy in a bid to prompt economic growth.
Private sector investment and entrepreneurship have been underlined as key factors by the “Towards a New Economic Model for Tunisia: Identifying Tunisia’s Binding Constraints to Broad-Based Growth” report and the public sector, lack of qualified personnel and necessary institutions were deplored.
The report is seeking for reforms which will guarantee property rights and investment liberty to entrepreneurs, if Tunisia wants to attract investments because state institutions have done little to assure it. It also decried the lack of respect for the rule of law, transparency and accountability in these institutions.
Tunisia’s social security programs and labor protections are considered to be away from their objectives, since they have been discouraging investment; thereby increasing unemployment and economic insecurity. Many companies remain small and avoid official employment requirements, many of whom are poorly paid and undeclared. The lack of required qualified human resources limits investment, innovation and productivity growth.
It is deemed necessary that the reforms should focus on protecting people rather than specific jobs and transform the economy as Tunisian companies continue to lose ground in the international market. The government offers exoneration of social charges and other taxes to exporting companies but this has contributed a little to the promotion of innovation and competitiveness as outlined by its industrial policy.
The African Development Bank, together with its partners, will be supporting Tunisia to establish a stronger and sustainable broad-based growth. However, social unrest remains the principal risk to their plans scaring investors away, exerting more pressure on the government and leading to a macroeconomic instability.