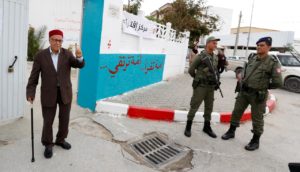 Observers see that an alliance between Ennahdha and Nidaa Tounes, partners in a coalition government nationally since 2014, could mean independents will remain in opposition.

Turnout was low as 64% of voters did not show up to cast their votes.

The elections were described as a milestone on the road to democracy in the North African country, which has been praised for its transition from decades of dictatorship.

The elections are also a crucial step towards a decentralization of power in line with Tunisia’s post-2011 revolution.