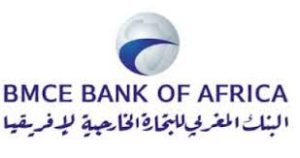 The International Finance Cooperation, a member of the World Bank Group, announced earlier this week a $60 million investment in a regional risk-sharing facility to support Bank of Africa Group’s lending to small and medium enterprises in eight African countries, facilitating growth and job creation in the region.

IFC’s investment will cover as much as 50 percent of the risk on up to $120 million equivalent in loans to local SME’s.
Beneficiary countries include Burkina Faso, Ghana, Madagascar, Mali, Niger, Senegal, Tanzania and Togo. IFC specified that half of the money will be granted to women-led micro-businesses as well as climate-related improvements, such as energy efficient equipment upgrades, small solar or biomass systems, and climate-smart agricultural supply chains.

Cristina Shapiro, Head of 10,000 Women, said, “Goldman Sachs research shows that closing the credit gap for women-owned SMEs in emerging markets could push income per capita an average of 12 percent higher by 2030. Women entrepreneurs have real potential to impact Africa’s future growth. Through this partnership, we will help to build resilient, women-owned businesses, and enable women entrepreneurs to reach their full potential with the capital and support they need.”

Oumar Seydi, IFC Regional Director for Africa, said, “Expanding SME financing, especially in markets where risks are higher, is an important pillar of IFC’s Africa strategy. This facility will allow BOA to extend over 5000 loans to underserved SME’s in the next five years. It could have a transformational impact in the participating countries, seven of which are low income, and five fragile or conflict-affected.”

SMEs are a prime source of growth, jobs and innovation, but can only succeed when they can access sufficient financing. In sub-Saharan Africa, where roughly 350 million new jobs will be needed in the next 20 years, they account for 30 to 60 percent of GDP, and 67 percent of jobs.

The WEOF is a facility dedicated to expanding access to capital for 100,000 women entrepreneurs globally. IFC’s Banking on Women Program has committed 64 investments globally worth $1.71 billion, and advised on 39 projects since its launch in 2010. Of these, the WEOF has supported about $1 billion in commitments to financial institutions in 26 countries.

Bank of Africa Group is presently established in 18 countries, 8 of which are in West Africa (Benin, Burkina Faso, Ghana, Ivory Coast, Mali, Niger, Togo and Senegal), 8 in East Africa and the Indian Ocean region (Burundi, Djibouti, Ethiopia, Kenya, Madagascar, Rwanda, Tanzania and Uganda) as well as in the Democratic Republic of Congo and in France.

Bank of Africa Group has its majority shareholding held by BMCE Bank, the third bank in Morocco. It provides solid strategic and operational support to Bank of Africa Group, as well as direct access to international markets thanks to its presence in Europe, Asia and North America.

Established over 35 years ago, BOA Group presently has 6,000 employees and a consolidated balance sheet of €7.7 billion and consolidated net profit of €125.3 million as at December 31st, 2017, with €76 million Group profit.