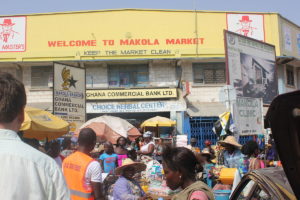 The UN Special Rapporteur on extreme poverty and human rights said millions of people in Ghana are not benefiting from the country’s booming economy, but remain mired in poverty.

This came in a report compiled after a 10-day fact-finding mission to Ghana in April by UN Investigator Philip Alston. The report was submitted to the UN Human Rights Council.

According to the findings, the poor are losing out amidst the country’s growing wealth because Ghana spends 50 percent less than its peer countries in Africa on social protection.

According to Alston, most of the country’s resources are being ploughed into private investment projects designed to make the wealthy better off.

The UN report that finds millions of Ghanaians not benefiting from the booming economy has come to the conclusion that many of the government of Ghana’s flagship poverty eradication programs may fall short of their goals due to structural and roll-out defects.

Ghana’s economy expanded at the fastest rate in five years in 2017 as oil and gas production surged 80.4 percent, contributing to an increase in the industry sector, which accounts for almost a quarter of the economy.