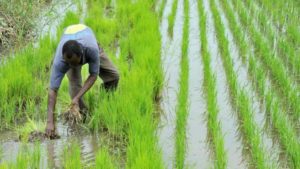 Rice production in the Senegal River Valley, is expected to rise from the current 455,000 tons to 875,000 tons by 2020, the director of development and local government support, Amadou Thiam, said.

Speaking at the 10th General Assembly of SAED’s Amicale des conseillers agricoles et conseillères en promotion féminine, Thiam listed the various ingredients that would enable this level of production to be achieved.

Because of the exacerbation of biological and financial constraints in the valley, rice growers had difficulties in maintaining productivity. These constraints prevented them from further intensification, jeopardizing the national objective of self-sufficiency.

However Amadou Thiam pointed out that the National Agricultural Credit Fund of Senegal (CNCAS) is ready to support the development of land, as well as other existing financing institutions.

Senegal has long imported most of its rice, the most important staple in the West African nation’s diet. But a systematic effort by the government to develop rice farming with the help of international aid groups and a spurt in local lending to small farmers have helped production double since 2014 to nearly 1 million tons last year. This is almost equal to the half of annual consumption in the country.

Agricultural self-sufficiency is a pillar of the government’s 20-year plan to transform the Senegalese economy.