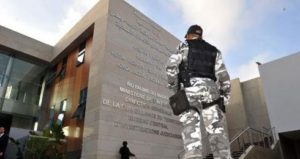 Morocco, a key player in the global anti-extremism struggle, wants to have full access to Europol’s database on radicalized Moroccans living in Europe, who constitute a threat to the security of Europe and to the North African country.

The European Union has agreed lately to open talks with Morocco and other MENA countries on the exchange of personal data between Europol and the authorities responsible for combating crime and terrorism.

“I believe that the database of all agencies responsible for security in Europe such as Europol has to be shared with North African countries like Morocco”, said Mr. Abdelhak Khiame, director of an agency known as Morocco’s FBI.

“The aim of strengthening cooperation is to prevent and combat terrorism and organized crime, and to better address migration-related challenges”, added the director of the Central Bureau of Judicial Investigations (BCIJ).

Spain, France, Belgium, Italy and the Netherlands host a large Moroccan migrant community. Some Moroccans living abroad are especially vulnerable because of the challenges of integration and wavering between two cultures.

Security officials are concerned about those who become radicalized in Europe and as some European extremists with Moroccan origins were behind various terror attacks carried out in Paris, Brussels, Madrid and other European capitals.

To face this threat, BCIJ is planning to expand operations abroad to track Moroccan extremists with dual citizenship. Since its creation in 2015, this counterterror agency has arrested hundreds of suspected terrorists and dismantled several terrorist cells. It also cooperates with other European countries’ security services, mainly Spain, France and Belgium in the counterterrorism struggle.

Morocco’s security and intelligence services work closely with their American and European counterparts, receive extensive training and are highly proficient.

They also helped to avert several terror attacks in Europe with the information it collects and shares with its regional and international partners.

Combating radicalism and defeating extremism are important to preserving Morocco’s stability in a volatile region and King Mohammed VI speaks out regularly against religious fanaticism.