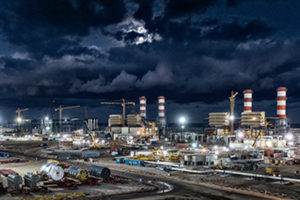 The plants, each with a power output estimated at 4.8GW, produce 40 per cent of Egypt’s power needs. The three currently supply power to 40 million Egyptians.

The scope of the agreement also requires that Siemens implements its services portfolio to improve asset visibility, reliability and availability of the three power plants.

Aside of Egypt, Siemens is currently present in 17 countries where it manages more than 25 GW.