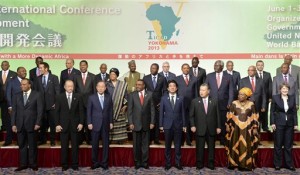 Japan will be financially supporting Tunisian projects up to $730 million in a bid to ease the North African country’s hardship during its transitional period. The announcement was made by the Tunisian president’s office in a released statement. Sources close to his office claim that it will be a loan although the statement avoided the nature of the support.
President Marzouki is on a visit to Japan to seek funds while his country is going through a rising inflation with a 6% budget deficit gross domestic product in 2013, and an uncertain political outlook. Its sovereign credit ratings has continuously been reduced almost every couple of months, with the latest one by Moody’s Investors pegging it at Ba2 citing political instability, weak finances at government-owned banks and external pressures on its balance of payments. The statement released by the office of the Tunisian president stated that the Japanese Agency for Technical Cooperation has pledged to fund flood protection in the city of Beja, construction of a power station in the port of Rades and a seawater desalination scheme in the city of Sfax.
Tunisia was the first country to stage an Arab Spring uprising but it has left the economy and finances of the state in shambles. Last month, its foreign exchange could only cover 95 days of import costs. It has agreed an emergency loan deal with the International Monetary Fund but the conditions attached to the deal led to a political debate between the government and the opposition.
Finance Minister Elyess Fakhfakh said last week Tunisia’s borrowing needs will be $3.3 billion in 2013 and the same in 2014. It is already negotiating with Qatar for a deposit in its central bank “with easy conditions.”