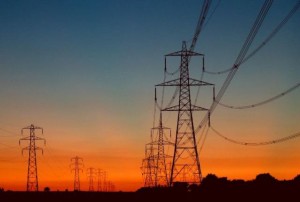 Egypt has signed an agreement with Saudi Arabia to link their electricity grids. The agreement is worth an estimated value of $1,6billion and it is expected to generate around 3,000 megawatts of power. The project is expected to be functioning by 2016, while the construction works necessary for the project are expected to be achieved in 2015.
Egypt’s electricity and energy minister, Ahmed Emam, signed the deal with his Saudi Arabian homologue Abdullah bin Abdul Rahman Al-Hosain, Saudi Arabia’s water and electricity minister. The two governments will support the estimated budget of more than one and half billion dollars. Each country will finance the works on its territory related to the project. A 20 kilometer long underwater cable has to be constructed in order to ease the exchange of power between the two countries. It is reported that Egypt will be reserving $570 million for the projects related to the agreement. The network is expected to be finished by 2015.
Both countries always face an excessive demand of electricity during the summer. Egypt has been struggling to assure energy supply in recent periods and blackouts have been witnessed during the day. These blackouts are explained by the electricity and energy ministry as preparatory measures in the buildup towards the country’s hottest month; from May to August. The rationing is therefore expected to help save more energy. Egypt has around 220 electricity generators nationwide, which consume roughly 100 million cubic meters of fuel on a daily basis, according to a recent statement by electricity minister Emam.
This year’s summer will coincide with the Islamic holy month of Ramadan is in July and demand is expected to be at its peak during this period.