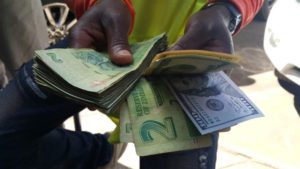 Zimbabwe said over the weekend it aims to clear its $2 billion arrears with the World Bank and African Development Bank in the next 12 months.

According to Finance Minister Mthuli Ncube, the arrears clearance program had the backing of the United States, which maintains sanctions against Zimbabwe.

The southern African nation has struggled to access international credit since defaulting on its debts to global lenders.

The Finance Minister said the government would continue dialogue with creditors to address its arrears. “We will be talking to the G7 members to see if one or two of them, or all of them, could sponsor us and give us some lines of credit, bridging finance to be able to clear those arrears,” Ncube said.

Zimbabwe would, from early next year, embark on a program allowing the IMF to monitor its economic reforms, but with no funding from the global lender.

The government, which is struggling to overcome a cash crisis and acute shortages of basic commodities, has projected its economy to grow by 6.3%, by year-end.

President Emmerson Mnangagwa, who was elected in a disputed election in July, has vowed to revive the moribund economy since he took power last year after Mugabe was removed by a military intervention.