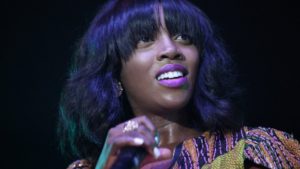 The Afro-pop singer snatched the record-breaking award at the 2018 MTV EMAs held in Spain with several music stars across the world in attendance.

The African act category, in 2005, was introduced at the MTV EMAs to enhance musical alliances across borders, and promote cultural integration.

Tiwa, who currently has a songwriting deal with Sony/ATV Music Publishing, dedicated the Sunday award to ‘girls with dreams’.

“I have been through a lot but I have kept my head up and weathered the storm because I know some little girl somewhere is dreaming like I did,” Tiwa said.

Playing several roles as songwriter, performer and actress, Tiwa, who sings in English and Yoruba, has also won the MTV Africa Music Award, Channel O Music Video Award, among others.

The singer went viral on social media recently when she featured as a video vixen for the music video, ‘Fever’ by Nigerian singer Wizkid.