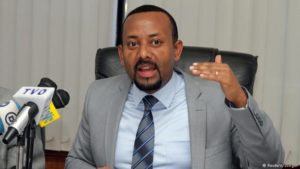 Ethiopia’s parliament on Tuesday approved the creation of a reconciliation commission to tackle intercommunal ethnic violence.

The objective of the Commission is to maintain peace, justice, national unity and consensus and to foster reconciliation among Ethiopians. The commission would also identify the reasons for disputes and violations of human rights, state-run Fana radio said.

There were opposing voices in Ethiopia’s 547-seat parliament as some saw the idea of establishing a National Reconciliation Commission as irrelevant on grounds that “no Ethiopian entity or entities are in conflict and hence in need of reconciliation.”

On the other hand, there were those who emphasized the idea that reconciliation is even more important than justice if the approach to it is right.

At least 2.4 million people have been displaced inside Ethiopia by intercommunal violence, according to UN figures.

Ethiopia has more than 80 ethnic groups. Despite recent improvements, it also has a weak economy and an overwhelmingly poor citizenry.

Prime Minister Abiy Ahmed has won international praise for his reformist agenda since coming to power in April, including allowing the return of exiled opposition figures.

Ethnic Amharas, for instance, have claimed ownership of the Wolqait and Raya territories in northwestern Ethiopia, leading to tensions with the Tigray region, which currently administers these areas. Violence has often erupted over the claim.

Ethiopia’s Somali and Oromo communities have also seen their fair share of violence over ownership of ancestral and pastoral land.