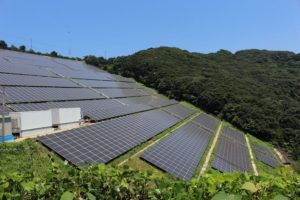 The Government of Chad last weekend sealed an agreement with Amea Power for the construction of a 120 megawatts (MW) solar power plant in the Central African nation.

The agreement signed by Chad’s Minister of Petroleum and Energy, Mahamat Hamid Koua, and the Chairman of the Board of Directors of Amea Power, Hussein Al-Nowais, aims at tripling the country’s energy production capacity. The country consumes around 200 million kilowatt hours per year.

Chad has one of the lowest rates of access to power worldwide, with approximately 90 percent of citizens not connected to the grid.

The solar power plant is scheduled to be delivered in 2020 by the United Arab Emirates-based company.

Like Chad, Sierra Leone is looking to increase electricity coverage through solar power generation, among others.

In Sierra Leone, studies revealed that only 13 percent of the population has access to electricity.

The United Nations has identified universal energy access as global imperative. Energy experts predict it will cost $ 700 billion and take nearly a quarter of a century to achieve that goal.