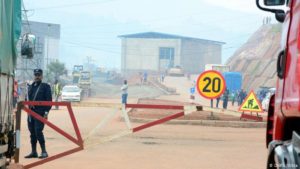 The African free-trade zone came into effect on Thursday after the 22nd member country of the AU ratified the treaty last month, thus paving the way for the founding of the AfCFTA.

The African Union (AU) hopes the agreement will create a continental $2.5 trillion market of 1.2 billion people and will be the biggest of its kind worldwide, at least on paper.

“This is a historic milestone!” tweeted Albert Muchanga, AU commissioner for trade and industry. “We celebrate the triumph of bold, pragmatic and continent-wide commitment to economic integration.”

So far, 24 African countries have signed the agreement whose implementation requires ratification by 22 countries.

Burkina Faso became the latest country to join the AfCFTA agreement after it deposited Instrument of Ratification on Wednesday.

The long-term goal of the AfCFTA agreement is to drastically increase intra-African trade which has been weak so far. Cross-border trade should become simpler and cheaper, and small and medium-sized enterprises in particular are set to benefit.

The UN Economic Commission for Africa (UNECA) estimates that AfCFTA has the potential to increase intra-African trade by half, through abolishing import tariffs.