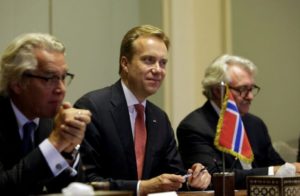 The Troika (the United States, United Kingdom, and Norway) have reaffirmed their commitment to the Intergovernmental Authority on Development (IGAD)-led South Sudan peace process and to the lasting peace the people of South Sudan deserve, calling for regular engagement between President Salva Kiir and Dr. Riek Machar.

The significant drop in political violence and the presence of many opposition politicians in Juba are welcome developments, the Troika said in a statement relayed by the US State Department Monday.

However, with less than four months until the new deadline for the end of the pre-transitional period in November, time is running out. “While there is progress, lack of momentum to fully implement the peace agreement may threaten the successful formation of the transitional government and prospects for the peace process,” they said, calling on the parties to redouble their efforts to resolve the most pressing remaining issues, which include ensuring agreed security reforms are delivered, through the mobilization of necessary support.

The Troika said they join the region and South Sudan’s civil society in calling for regular engagement between President Salva Kiir and Dr. Riek Machar. Focused discussions on outstanding tasks are critical for progress towards the formation of the Revitalized Transitional Government of National Unity, which will set the foundation for effective joint governance. Credible elections in South Sudan in 2022 are another important milestone.

The statement hailed the appointment of Stephen Kalonzo as the Kenyan Special Envoy on South Sudan and welcomed the commitment made by the AU High-Level Ad hoc Committee (theC5) at the AU summit on July 6 to re-engage in South Sudan’s peace process. The role of IGAD countries and the wider international community remains critical, and the Troika stands ready to support the region’s engagement.

For the peace process to remain credible, it is important that the parties demonstrate their commitment to peace and meet the assurances they made in May. The Troika stands by the people of South Sudan and looks forward to working with the peace agreement’s mandated reconstituted transitional government to support a successful transitional period.