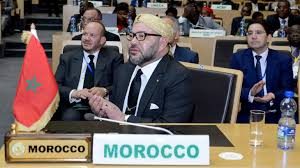 As Moroccans prepare to celebrate on Tuesday July 30 the twentieth anniversary of the accession of Mohammed VI to the throne, much has already been written on the undeniably positive record of these years of rule.

With Mohammed VI, Moroccans have been able to preserve the hope for a better world and a new, modern Morocco, in line with their aspirations for reform and change. Their adherence to the monarchy and to the person of Mohamed VI is neither a feigned posture nor an attitude of circumstance. It comes from a deep conviction that the Moroccan ruler is the undisputed symbol of their unity and stability.

At the social and economic level, the physiognomy of the country has radically changed and a new dynamic unleashed creative energies.

The past two decades have been also marked by decisive political, economic, social and diplomatic reforms.

The political reforms climaxed with the adoption, in 2011, of a new Constitution granting the Head of Government extended prerogatives. The political reforms were marked by the opening up, for the first time in the country, to the Islamists. This allowed the arrival of the Justice and Development Party (PJD) to the government with the appointment of the party’s secretary general Abdelilah Benkirane head of the government in November 2011 and his successor, Saad eddine el Othmani, in April 2017.

Even if this experience encounters some difficulties and raises some criticism, it still contributes to nurture a democratic culture and install mechanisms of political alternation, the only guarantee of a sound and healthy democracy.

Previously, in 2004, the Moroccan Sovereign, keen to reconcile the country with its past, set up the Equity and Reconciliation Commission (IER) that listened to the grievances of victims of past human rights abuses and granted them compensations.

The same year, a bold reform of the Personal Status Code (Moudawana) allowed for a large emancipation of women, a rare fact in an Islamic country.

Meanwhile, deep social reforms are continued. Two instances illustrate this resolutely social action: The Mohammed V Foundation for Solidarity, created in 1999 to fight poverty, and the INDH, the National Initiative for Human Development, which tackled the economic problems in underprivileged urban neighborhoods and poorest rural communes. The fight against shantytowns, providing slum dwellers with decent housing, improving access to basic social services…are among the goals of these initiatives.

This long-term strategy for human development and inclusive economic growth also seeks, besides improving the living conditions of low-income families, to create jobs for the youth.

In the realm of religion, King Mohammed VI, as Commander of the Faithful (Amir al-Mouminine), has led a major reform of the religious field that insists on the foundations of open and tolerant Islam.

The creation of the Mohammed VI Institute for Imams training, which trains hundreds of preachers, men and women, from Morocco and also from African and European countries, is one of the best illustrations of the reform of the religious field. The visit to Morocco, at the end of March 2019, of Pope Francis is another illustration of Morocco’s tolerance and overture onto other religions.

At the diplomatic level, one of Morocco’s greatest diplomatic successes over the last two decades has been undoubtedly its return to the African Union after an absence of over thirty years. A return coupled with a breakthrough on the Sahara issue, as the Morocco-proposed autonomy initiative has received strong support from the UN and the international community, while the Algeria-backed separatist Polisario front has suffered and is still suffering an unprecedented debacle.

The same resolve was shown to conduct reforms on the economic front, adopting the Industrial Acceleration Plan, Plan Maroc vert in the agricultural sector, and rolling out big infrastructure projects: Africa’s only high-speed rail network, the TGV linking Casablanca to tangiers; the continent’s largest port complex, tanger-Med now capable of handling nine million containers annually, three times more than Egypt’s Port Said, the next largest in Africa. An extended motorway network; large solar and wind power plants; tramways; the putting into orbit of two satellites, which endow Morocco with a space observation system, are some of the other landmark achievements of a multi-sectoral economic reform.

The economic and social progress made by Morocco under the Sovereign’s leadership is inspiring for other countries, mainly in Africa, with which Morocco is promoting a win-win partnership, based on solidarity and where it is playing a key role in inter-continents dialogue, especially in the strategic dialogue between two continents with planetary ambitions: Europe and Africa.

Thus, King Mohammed VI transformed Morocco into a real regional player and a must for all those who want to invest in the African continent.

The king has led a gradual liberalization of the country and as put by a South African journalist, “Morocco is increasingly the face that modern Africa needs” and “Where others have deliberated, Morocco has delivered.”