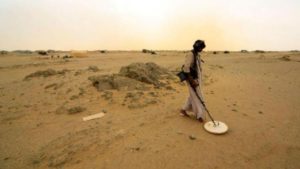 Two Mauritania civilians have lost their lives after their car capsized as they tried to run away from mercenaries of the separatist Polisario who were chasing them.

The victims were killed in a man hunt Sunday in Gleibatt El Vould, a northeastern Mauritanian military zone, near the Algerian border, not open for civilian activities.

The Polisario mercenaries also seized 16 four-wheel cars in “MIJIK” zone, near the Mauritania border, and ordered their owners to pay 300.000 ouguiyas per vehicles if they want to recover them.

The Algeria-backed front is claiming the independence of the Sahara.