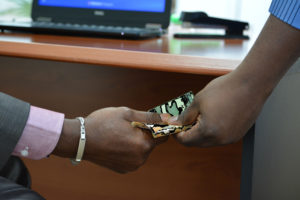 Transparency International has released its annual Corruption Perceptions Index (CPI) this week and Sub-Saharan Africa is perceived among the most corrupt regions with an average score of 32.

Overall, more than two thirds of the world’s countries – along with many of the most advanced economies – are stagnating or showing signs of backsliding in their anti-corruption efforts.

In Africa, Somalia is still ranked the world’s most corrupt country.

According to TI, the country’s poor rule of law has created room for everything from “petty bribery to high-level political corruption”.

This year, Somalia is preparing to hold its first “one-person-one vote” in over 50 years.

The East African country has been ravaged by a decades-long civil war, and more recently, attacks by Islamist militant groups.

Transparency International has called for the establishment of structures for “political accountability to facilitate anti-corruption mechanisms”.

In Africa, Seychelles improves on its transparency record with a score of 66, well above 50 recorded in 2018, the highest mark in the region.

Commenting on the latest report, Delia Ferreira Rubio, Chair of Transparency International, said, “Frustration with government corruption and lack of trust in institutions speak to a need for greater political integrity.”

“Governments must urgently address the corrupting role of big money in political party financing and the undue influence it exerts on our political systems,” Rubio said.