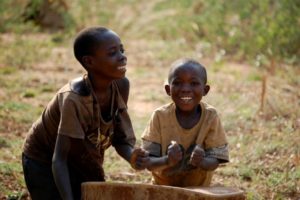 Two months ahead of Burundi’s planned local and presidential elections, senior UN-appointed independent rights investigators have urged the Government to reopen the “democratic, civil and political space” there.

“These are not only basic human rights, they are also an absolute requirement for the holding of free, transparent and credible elections in a peaceful climate”, said a statement from the Commissioners leading the official Geneva-based Commission Inquiry on Burundi (COIB) during an oral briefing to the UN Human Rights Council on March 9.

The Commission reiterated its warnings that the situation in Burundi continues to worsen – politically, economically as well as in terms of security.

Of particular concern are the Imbonerakure – members of a youth league linked to President Pierre Nkurunziza’s ruling party – and to multiple attacks against opposition politicians and their families.

They have continued to carry out “killings, disappearances, arbitrary arrests and detentions, acts of torture and ill-treatment and rape against actual or alleged political opposition members”, the Commissioners warned.

In addition to widespread impunity for crimes, the investigators also described a worsening humanitarian situation inside and outside the country.

“The humanitarian situation remains worrying, with 336,000 Burundian refugees in neighboring countries and some being returned in circumstances where the ‘voluntary nature’ is questionable,” said Commissioners.

Two other risk factors related to the widespread climate of impunity for serious human rights violations, and to the weakness of State structures to be able to prevent or stop violations, remain relevant, the Commissioners noted.

The Commission has observed a more ambiguous development regarding another risk factor, namely the existence of intentions and motives to resort to violence. Some others risk factors are more pronounced, with an increased government’s media censorship by imposing, without prior consultation, a “Code of conduct for media and journalists during the 2020 electoral period”.

Four journalists from Iwacu, one of the last independent media operating in Burundi, were sentenced to prison in January 2020.

The increase of hate speech with political and/or ethnic dimensions that circulates unrestricted on social media and the silence of the Burundian authorities in this matter creates an environment conducive to violence and human rights violations, which is another risk factor.

In light of these worrisome developments, the Commissioners emphasize that holding credible elections would be an important sign of democratic change and of respect for human rights, but without drastic and immediate measures, the conditions for such elections are not given. After years of suffering, the Burundian people have the right to live in a reconciled society and a democratic environment.

In 2015, President Pierre Nkunrunziza announced that he would seek a third term, reportedly seen by many Burundians as a breach of the constitution, and which led to political unrest and an upsurge of violence in the country, leaving hundreds dead and prompting around half a million to flee the country.

Since then, Burundi has been trying to find a peaceful solution to the political crisis through the Inter-Burundian Dialogue, which is led by the region and supported by the United Nations, while the country is also preparing for the 2020 elections in May.