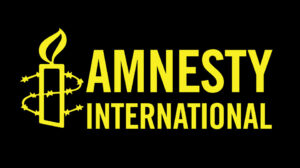 The Federal Attorney General dismissed the Amnesty International report issued in May 2020 under the title “Beyond Law Enforcement: Human Rights Violations by Ethiopian Security Forces in Amhara and Oromia” as fundamentally flawed.

In a statement it sent to ENA today, the Attorney General said it had formed a committee drawn from the attorney bureaus of Amhara and Oromia regions, the police, universities and civil society organizations (CSOs) to investigate the credibility of the alleged human rights violations.

The statement further noted that the investigation made by the committee has revealed that the report which lumped together all measures taken be the government to ensure rule of law as violation of human rights is partial and biased.

The report did not take into consideration the objective reality of the country and contained other fundamental flaws, it noted.

Yet the attorney general stated that as some of the alleged violations were found partially true and “most of the cases have been under investigation by the government in order to identify those accountable before the issuance of the amnesty report.”

Unlike previous reports of the organization, the attorney general said, it has found this report not meeting the criteria and guidelines of report compilation.

It added that the report lacked neutrality and reached wrong conclusions by citing the accounts of few and incredible as well as partial witnesses about very complex conflicts and security problems.