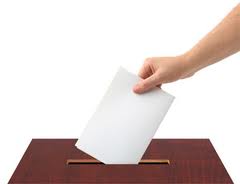 The interim government has concretized one of the promises of the roadmap for the transitional period by issuing a presidential decree relative to the formation of a new Supreme Electoral Commission (SEC). The commission will be responsible for organizing and overseeing the election procedures in the next referendum, parliamentary and presidential polls.
After the ousting of Morsi by the military, an interim government with Adly Mansour as president was put in place. The government made several declarations; amongst which is the constitutional declaration of 8 July which serves as the guideline for a return to a democratically elected government.
The last free and fair election, which is also the first since the departure of Mubarak, was won by Mohammed Morsi of the Muslim Brotherhood. He spent only a year in power before being removed by General Al-Sisi after protests organized by Tamarood demanded his departure.
The members of the Supreme Electoral Commission are Judges Ezzat Omran and Mohamed Abd El-Rahim, both from Cairo’s Court of Cassation, and Judges Essam El-Din Gad El-Haq and Gamal Nada from the State Council. Judge Sabry Ahmed, head of the Alexandrian Court of Appeals, and Judge Ayman Abbas, head of Tanta’s court of appeals form also part of the commission. Judge Nabil Salib of Cairo’s Court of Appeals will be heading the Commission.
The first task at hand for the members of the SEC will be the referendum of the amended constitution which has been temporarily suspended. They will have less than a month to prepare for the referendum from the date the constitutional amendment will be officially completed and submitted by the 50-member committee.
The Muslim Brotherhood has vowed not to expect anything less than the return of Morsi to the Presidential palace to continue his mandate.